Who is Scoop Sweeney and why is he shoving that microphone in my face?

Godlike…he always wanted to use this in his bio, so there it is.  Not appropriate but at least that is out of the way!  Scoop emerged from the vast, desert wasteland of West Texas in the mid-60’s, a budding broadcast journalist and sometimes DJ. in pursuit of fame and fortune.  Fame and fortune had other plans, none of which included our hero.  The fact he hosted a late night jazz show on AM radio in the less than jazz-friendly environs of West Texas landed him a job at a regional FM radio station outside of Dallas.

By 1970, Texas radio, while not quite dead, was beginning to smell funny.  A chance encounter with Houston’s Pacifica Radio (KPFT-FM), at the time the target of Ku 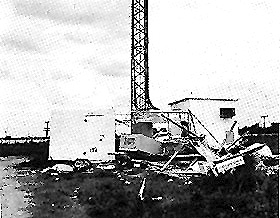 Klux Klan bombers (twice), convinced him that something new was happening in radio.  Scoop volunteered in the Pacifica news department and was, in short order, hired as a reporter.  A staff shakeup led to his taking over as News Director. By 1973, the joys of listener sponsored radio and low wages led him to migrate to Berkeley, California.

The San Francisco Bay Area, at this time, was a hotbed of alternative, progressive journalism.  Stints as a stringer for Earth News and

Zodiac News Service led to a full time position as Music/Entertainment Editor at Zodiac News.  In the early 1980’s, a guy named Reagan was elected President.  In short order, he deregulated broadcasting, essentially telling station owners they no longer needed to provide news programming.  This death sentence for radio news led our hero to follow up on his other passion…music.

For the next 10 years, he worked in the Bay Area, first at a talent/booking agency and 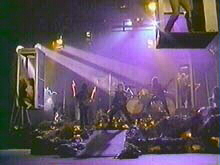 later managing, ,producing and touring with bands.  In the 1990’s, our hero moved into concert production, working as crew chief, stage manager, production manager and promoter rep for some of Northern
California’s top promoters.  In 2006, he moved back to Texas, settling in the forests of Bastrop County in Central Texas.  Scoop brought his passion for internet broadcasting to his new studio in Central Texas, where he resumed broadcasting via the internet, a project he started in the late 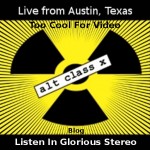 A brief flirtation with retirement was derailed when he hooked up with Austin’s Plutopia Productions.  During his time at Plutopia, his friend (since 3rd grade), Jon Lebkowsky talked him into starting a podcast for Plutopia…The Plutopia News Network.  Utilizing Scoop’s multimedia studio, PNN produced a series of future focused interviews with a wide variety of personalities.  PNN took a “sabbatical” from 2012 until it was revived in 2018…which brings us to now.  What lies ahead for Scoop?  Will he become a giant among internet broadcasters? Will he stop writing about himself in the third person.