Forward Into The Past: The Cult Of Intelligence 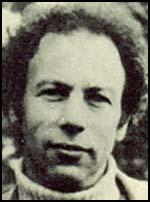 John D. Marks was the unlikely featured speaker at the 1977 Libertarian Party National Convention in San Francisco.  Marks, the former staff assistant to the Director of the Bureau of Intelligence and Research in The State Department and Victor Marchetti, a former special assistant to the Deputy Director of the Central Intelligence Agency wrote the controversial 1974 book, The C.I.A. and The Cult Of Intelligence.  Marks and Marchetti’s book was responsible, in part, for the 1975 Congressional investigation of intelligence agency abuses by the Senate Select Committee to Study Governmental Operations a.k.a. The Church Committee. That landmark investigation led to substantial changes in the way the U.S. government handled it’s various intelligence agencies. In this program, Marks discusses the numerous abuses of power he and Marchetti uncovered in their research.  Central to his speech is the fact the C.I.A. and F.B.I., under various administrations, had become tools of political power, often used against legally elected foreign governments and citizens of the United States.  In this program, John Marks details how his book was the first to ever be censored by the government PRIOR to publication.

Why are we going so far back in history?  Given the recent political changes in the United States and the possibility of many more changes to the way things are done in Washington D.C.,  it may be helpful to be reminded what can happen when a U.S. President decides to step outside the legal limits placed upon the intelligence agencies.  The current administration insists the F.B.I. and intelligence services should be loyal to the President and support his policies.   Philosopher and author George Santayana warned, “Those who cannot remember the past are condemned to repeat it.” Are we about to have a deja vu experience?

Click the link below and listen to the entire program.

The Cult Of Intelligence

To learn more about Marchetti and Marks’ book “The CIA and The Cult of Intelligence”, read the Wikipedia entry and follow the accompanying links.